Since Orbison’s passing in 1988 and Holly’s passing in 1959, the company has discovered how to bring them back. However, holographically that is. The show gives a remastered auto performance from both artists. Both holograms will be accompanied by a live band and back-up singers. 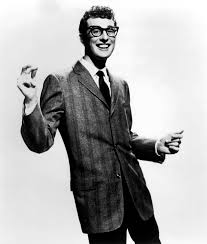 It will be coming to the 3 Arena on October 7 and the performance run for 75 to 90 minutes. You better act fast because you don’t want to miss this opportunity to see these legends perform once again!

Before singing and dancing in tribute to the legends one last time, stop by The Church for a pint or two. We’re on the Red Luas line, so it we are on the way! Save your tickets because we will be offering 10% off food for tickets holders. Make this once-in-a-lifetime opportunity one that you will never forget.