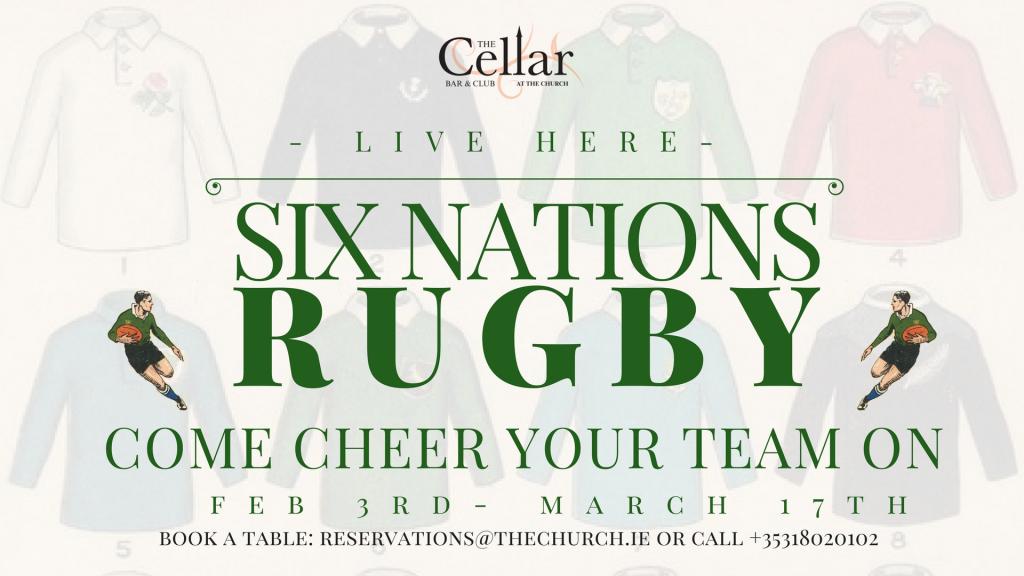 3rd of February to the 17th of March

Cheer your team on at  Cellar Bar for all the Live Matches!

The six nations of Ireland, France, England, Italy, Scotland and Wales are once again all set to go face to face each other in the 19th series of the 6 Nations Championship! Irish people want nothing more than to see their team bring the trophy home and where better place to watch your own players take over the field than in a unique Converted Church surrounded by your fellow Irish countrymen?

Tourist Tip: if you want to witness Irish Sportsmanship first hand, then just pop into the Church during a Six Nations game. Experience Food and Drinks Specials and Cheer on your Favorite team at the Cellar Bar of the Church, Dublin, Ireland.