Feeling brave? Venture to the basement of The Church Bar & visit the site of the original burial crypts of St. Marys, that used to house the remains of 32 skeletons. During the deconsecration of The Church, 6 separate crypts needed to be excavated, huge Stone slabs surrounding the coffins were excavated away to safely remove the remains. 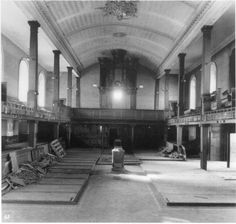 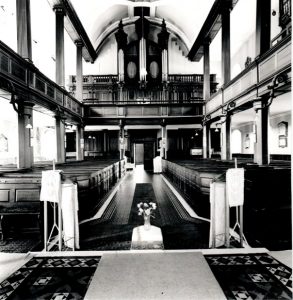 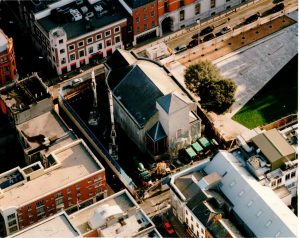 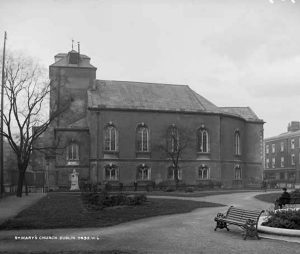 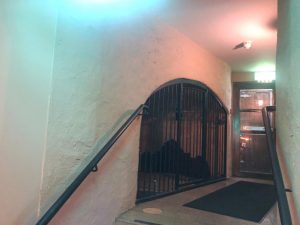 Records show that burials in The Church Crypts include Anne, daughter of the Bishop of Meath (interred 14 December 1725), the Rev Rawlinson Foord (also interred 14 December 1725), and Charles Campbell (interred in the chancel vault 2 November 1765). All of the contents of the crypts in this church were exhumed and cremated and the ashes re-interred in the Crypts of St Michan’s Church, Church Street, Dublin 7. This work was carried out by J and C Nichols, Funeral Directors, and the entire process was supervised by a Dublin Corporation Environmental Officer and completed in consultation with the Representative Body of the Church of Ireland.

The Crypts were the only original basement of the original Building, and the Cellar, Kitchen and Tower that are here presently, were dug out of the foundations during the renovations, which is why they appear much more contemporary than the main nave.

The adjoining churchyard is the final resting place of the United Irishman Archibald Hamilton Rowan (1751–1834), Mary Mercer, founder of Mercer’s Hospital (died 1734), the philosopher Francis Hutcheson (1694–1746), Sir Boyle Roche, 1st Baronet (1736–1807), an Irish politician and member of the Irish House of Commons, parish rector William Fletcher (1715–1771), and Lord Norbury (1745–1831; known colloquially as the hanging judge). The graveyard  had become so overcrowded by the mid-nineteenth-century that bodies were removed in order to make more room – to the outrage of the locals, of course. Eventually the Church of Ireland sold the graveyard to Dublin Corporation who later developed the site into Wolfe Tone Memorial Park. The gravestones are now stacked at the end of the park.

Did you know that we have a Free Self Guided Tour available from 10:30am- 5pm?

For Further information and answers to any of your questions about the crypt visit the Dublin Graveyards archive.